There are few things that cause more stress and discontent in maintenance than unplanned shutdowns and their costs. Not all unplanned downtime can be avoided. Unless the resources for maintenance processes are unlimited. In practice, however, this is never the case.

The TDCs are costs that can be easily linked to their causes and thereby entered in the accounts. These costs must be clearly identified and categorized as such. Nevertheless, in some cases the amounts for these individual items are extremely large and, under certain circumstances, may even exceed the costs incurred through the loss of production itself. Not everyone involved is always aware of this, and this state of affairs should be made clear when communicating with the individual departments. 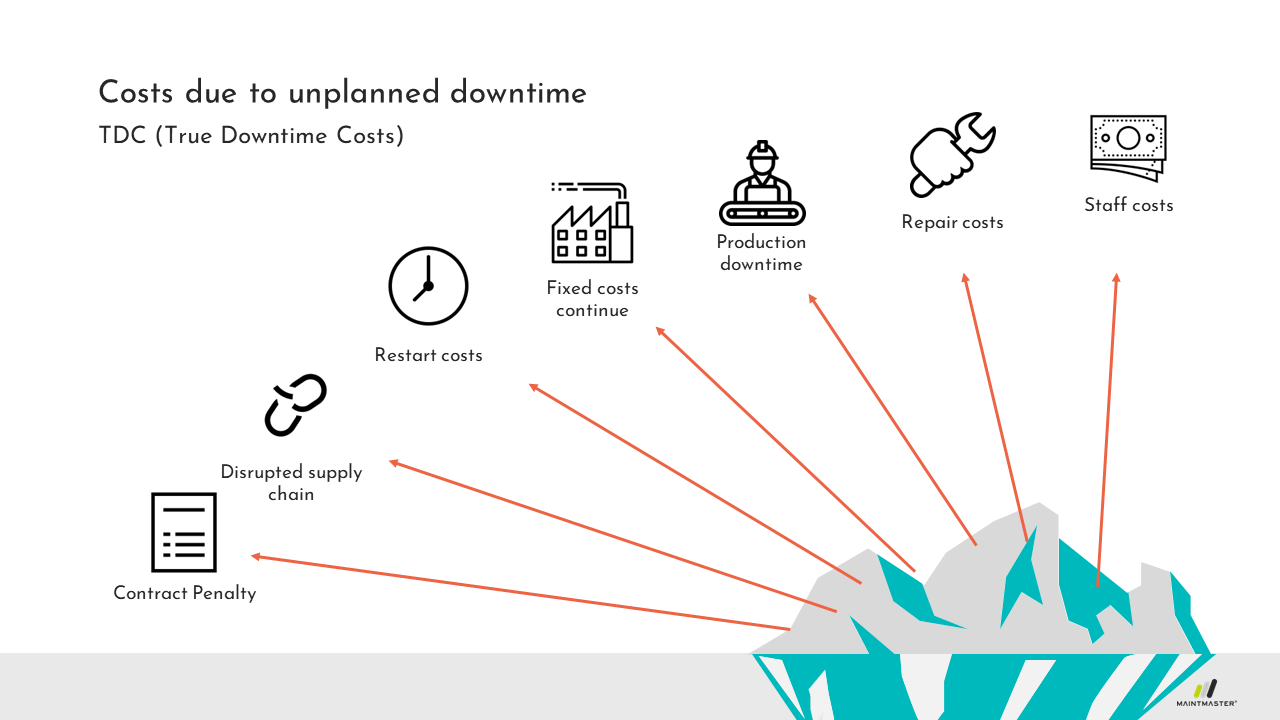 The HDCs, on the other hand, cannot be entered as such in the accounts, nor are they always easy to understand. These are mainly indirect costs, and, what’s more, they are often incurred at a later point in time. This creates the potential for considerable cost-impairments over the long term. 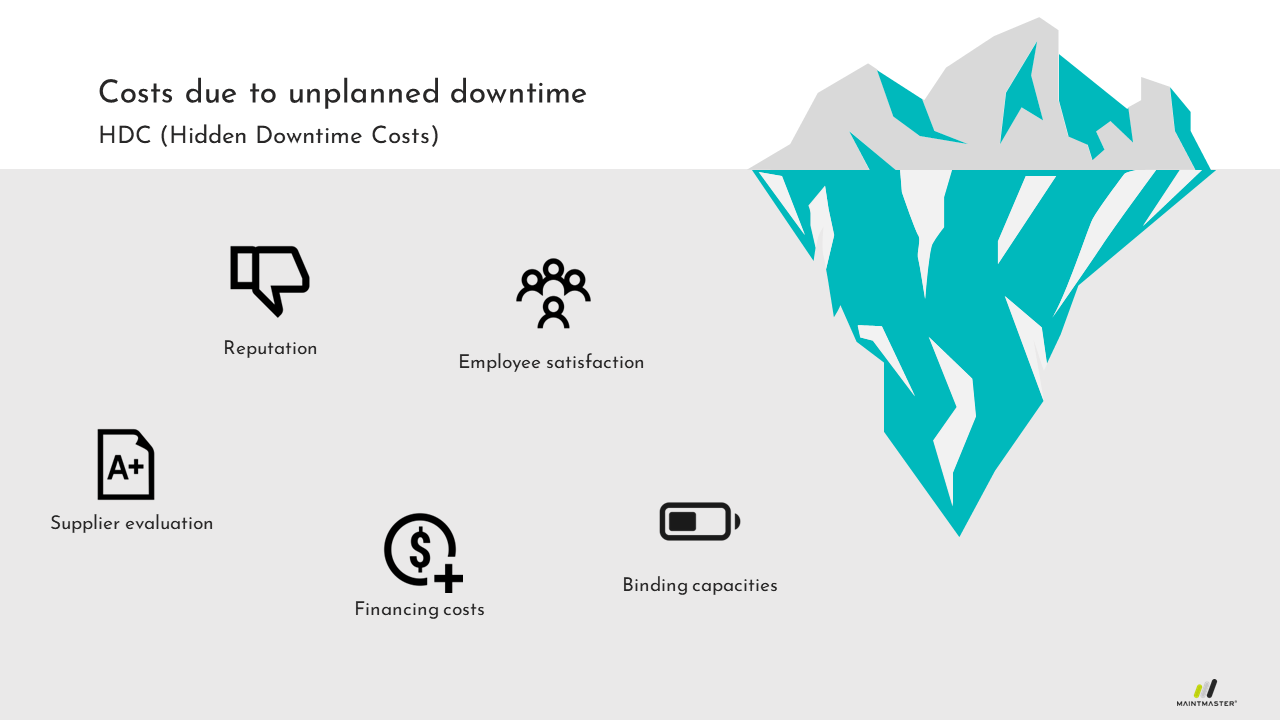 To gain a good overview of the current (cost) situation in your company, you need the right information. You need to measure whatever it is which, in the final analysis, you want to avoid or reduce.

In fact, this really is a case of no sooner said than done: you just need the right tool. And that’s where a CMMS comes in.

A CMMS is the link between production and maintenance

With a CMMS like MaintMaster you not only have maintenance planning under control, but also the entire reporting process, from production to machine restart. A tool that not only enables you to manage processes, but also serves as a means of analysis. All the data collected can be re-created individually in a simple and clear manner – including important KPIs like TDC and HDC. 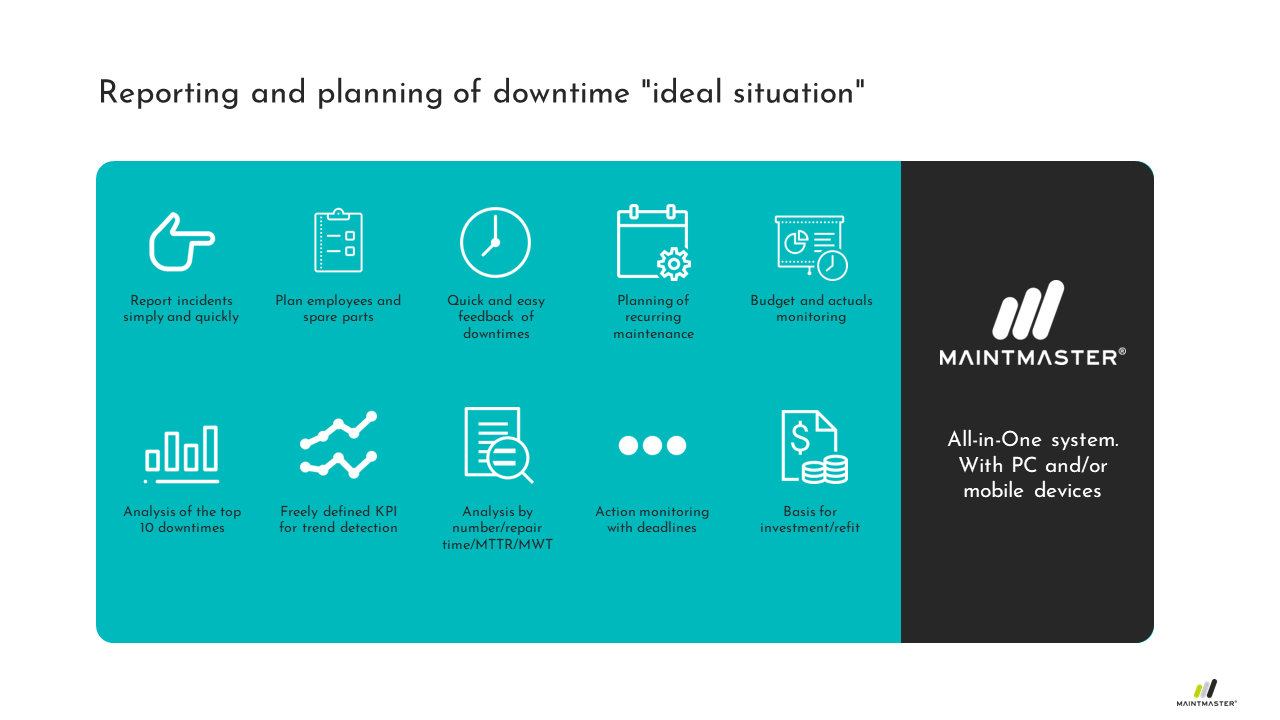 MaintMaster is the tool for collecting and managing downtimes.

Measuring, analysing and consequently deriving consequences is the key to minimising downtime costs. 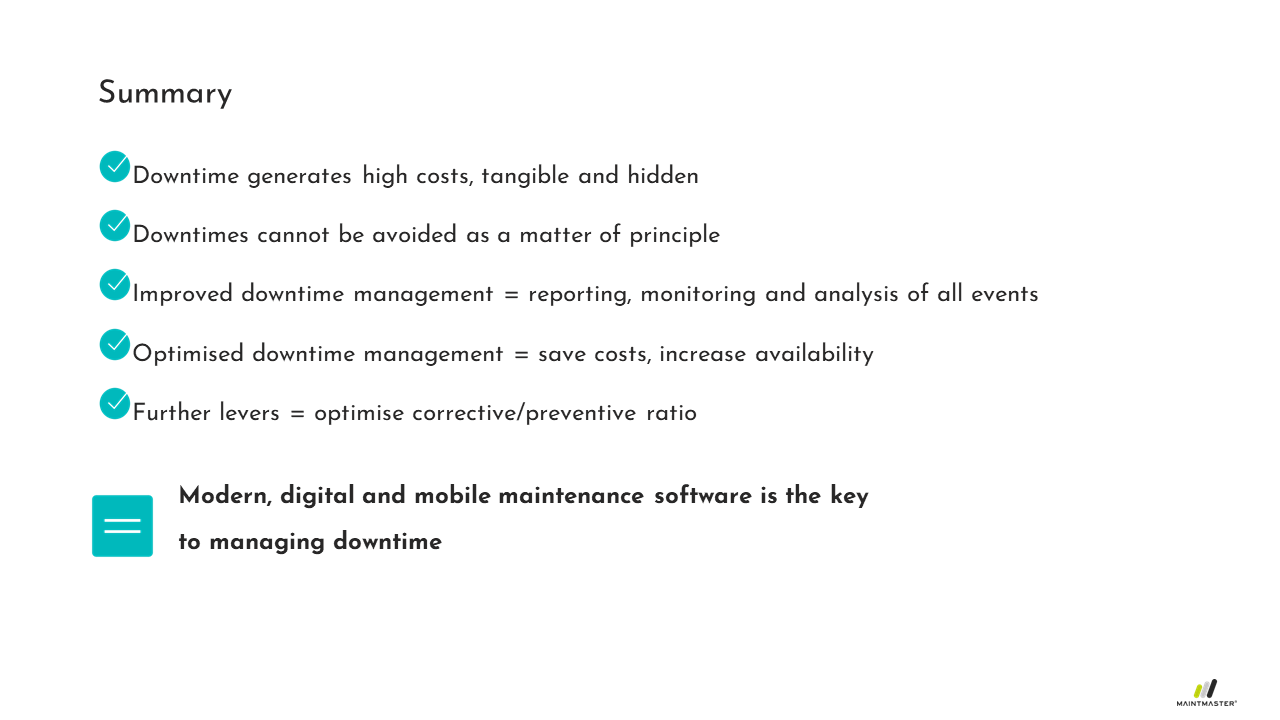 Without a tool like MaintMaster, you will not be able to effectively manage and reduce your downtime, even in the long term.